Abstract: In Argentina, 35 million tonnes are stored in hermetic plastic bags. Inside the bags, the modified atmosphere has an effect on stored grains, insects and fungi. Fungal biota typically isolated from stored grains consists of species of the gender Aspergillus, Penicillium, Fusarium and xerophilic fungal, some of which are potential producers of mycotoxins. The province of Entre Rios, Argentina, is an important area of study because much of the production of maize stored in bags is demanded by the poultry industry. The objective of this study was to identify mycotoxigenic fungal species in corn stored in hermetic plastic bags, located in three Departments of Entre Rios province. A total of 176 samples of corn were analyzed, stored in 23 bags located in the Departments of Paraná (west region), La Paz (northern region) and Tala (central region). Two potential species producers of Aflatoxins (A. flavus and A. parasiticus) and a potential producer of Fumonisins (F. verticilloides) were identified in all the plastics bags evaluated. In La Paz Department, Aspergillus sp. was detected in 66,7% of samples analyzed and F. verticilloides in 54%. In Tala Department Aspergillus sp. were detected in 63,3% and F. verticilloides in 43,6%, while in Parana Aspergillus sp. was detected in 88,2% of the evaluated samples and F. verticilloides 41,4%. The results revealed that mycotoxigenic fungi, can develop in corn stored in hermetic plastic bags. This implies a potential risk of contamination with Aflatoxins and /or Fumonisins in the evaluated bags. 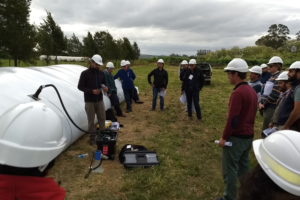 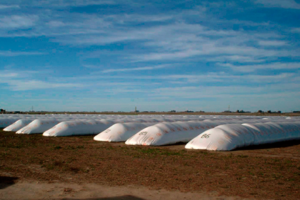 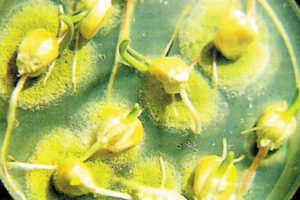 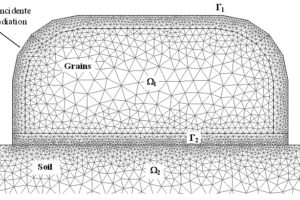